City of London Walk
“Walking in the Footsteps of Percivall Pott”

Our President Mr Richard Pusey, an official Green Badge Guide, met 15 Hunterian Fellows at the entrance to St Bartholomew’s Hospital where the father of Orthopaedic Surgery trained and worked.

We viewed the Hogarth paintings on the staircase of the Great Hall before moving onto the church of St. Bartholomew the Great where Rahere, the 12th century founder of Bart’s Hospital, is buried.

We saw the remains of the Roman Wall and several Livery Halls including the Barber – Surgeons Hall where Pott was a liveryman. We saw Bow Lane where Pott lived and where he was carried back to on a door after he fell off his horse and sustained a compound fracture of his tibia and fibula and where, during his recovery, he described his eponymous ankle fracture.

We finished by viewing his grave at St. Mary Aldermary before retiring for lunch at the “Old Watling” nearby. 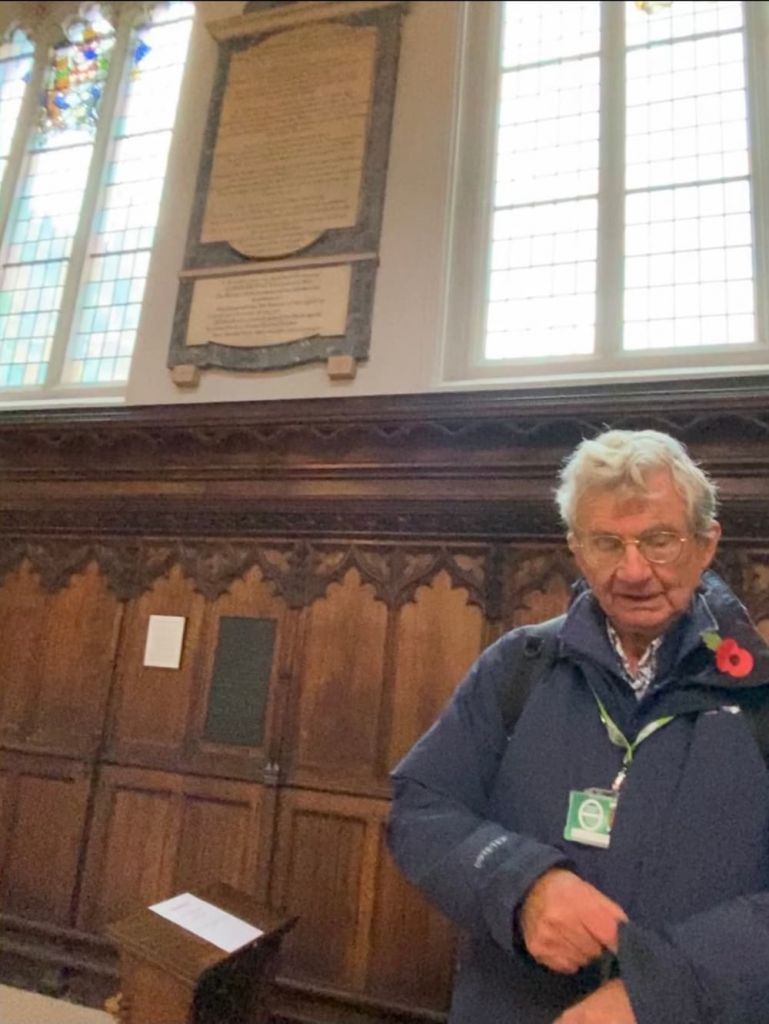 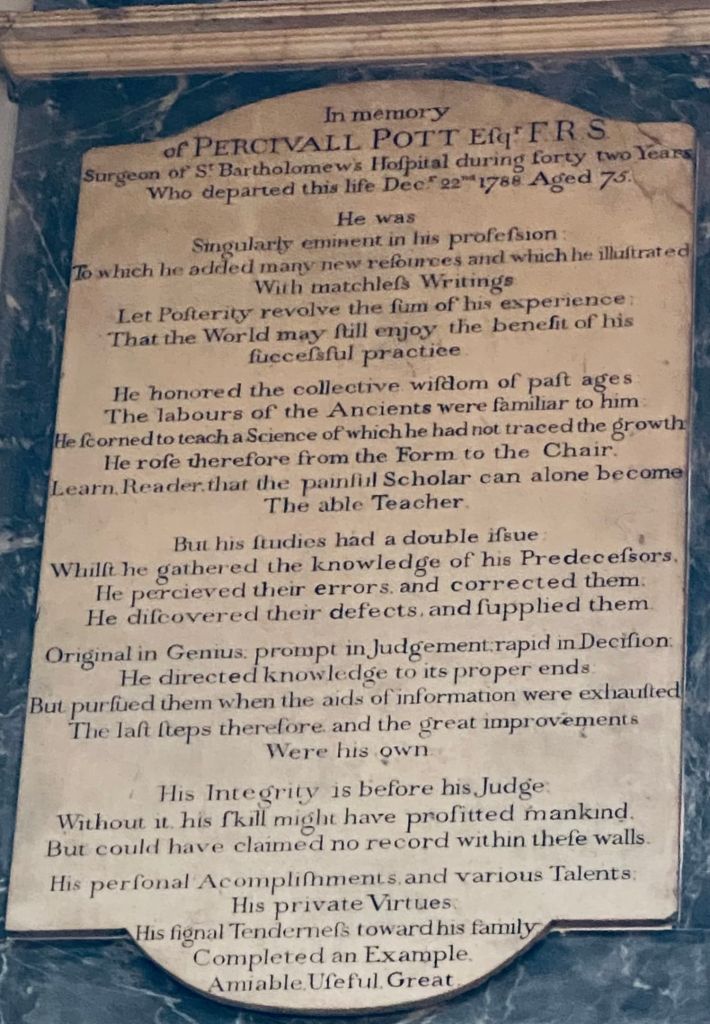